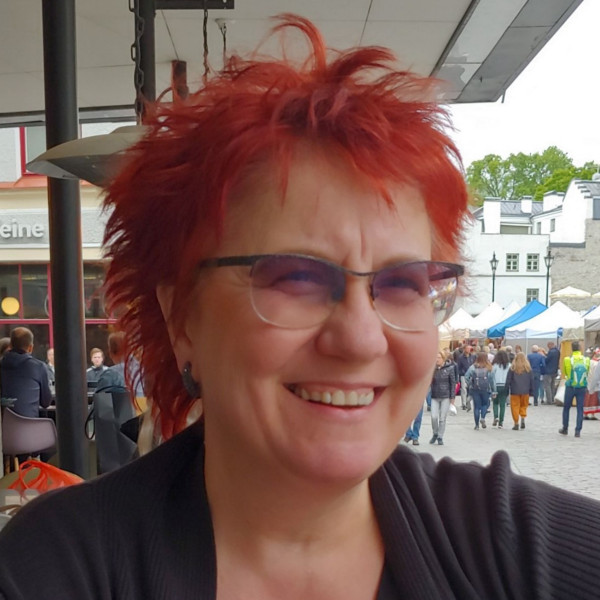 Siiri Siimer is the creator of the festival KRATT and its project manager. She generates the bold ideas and is a very decisive, persistent and principled person. And this is also how she organises this festival.
Siiri graduated from Estonian Academy of Music and Theatre as a pianist and her entire life has been about music: she has been the director of Old Town Educational College music school, long-time manager of contemporary music ensemble NYYD, musical advisor on Estonian Ministry of Culture and is currently the agent of early music ensemble Vox Clamantis.
Siiri’s interests a varied: she has studied international relations in Tallinn University of Technology, has written theatre music and children’s songs. She is also a mother to a young cellist.
Young people, music and young people’s music education have always been important for Siiri and, after many experiences with various music and musicians, she feels that now it is time to focus her efforts on helping young musicians on their journey. 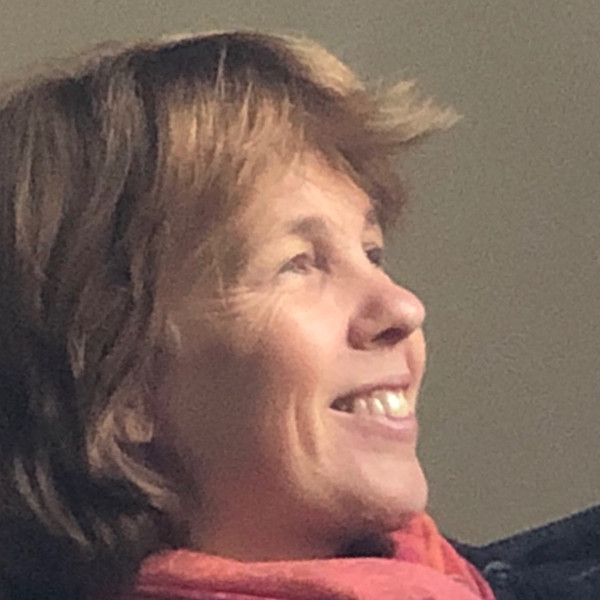 Aet Bergmann grew up in Germany, graduated Helsinki German School and studied violin in Helsinki Concervatoire. She then got a law degree from University of Tartu. Aet has been working as a lawyer from 1998. Presently she is the managing partner in Estonian law firm of bnt attorneys in CEE.

Aet is also a mother of a young violinist. Music and children’s musical education are important for her and therefore she is glad to help with texts, the communication and the legal aspects of the festival KRATT. 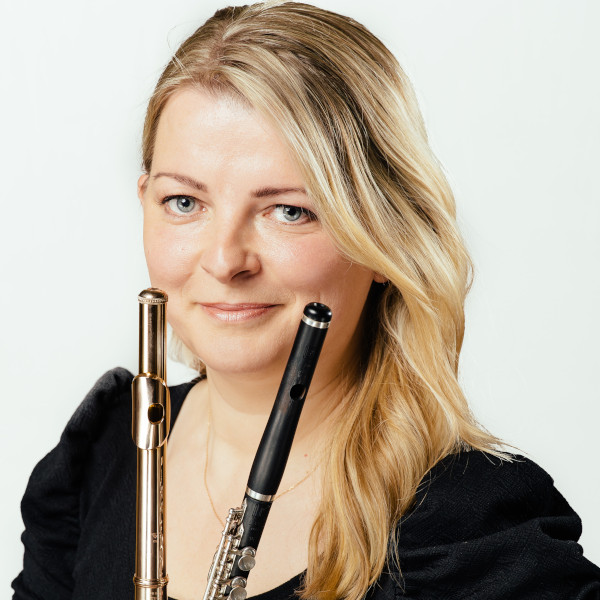 Janika Lentsius has graduated from the H. Eller Tartu Music School and the Estonian Academy of Music and participated in various chamber music master classes. She has been a member of Jeunesses Musicales World Youth Orchestra and has been with ERSO since 1997.

In addition to working at ERSO, she has performed as a soloist and in chamber ensembles with many Estonian musicians. She has been the first performer of several works by Estonian composers. Janika is a founding member of the Estonian Flute Association and has organized summer academies for flute players for over 20 years.
Janika came to the KRATT Festival thanks to her children – her violinist daughter and the cellist son study at Tallinn Music High School. 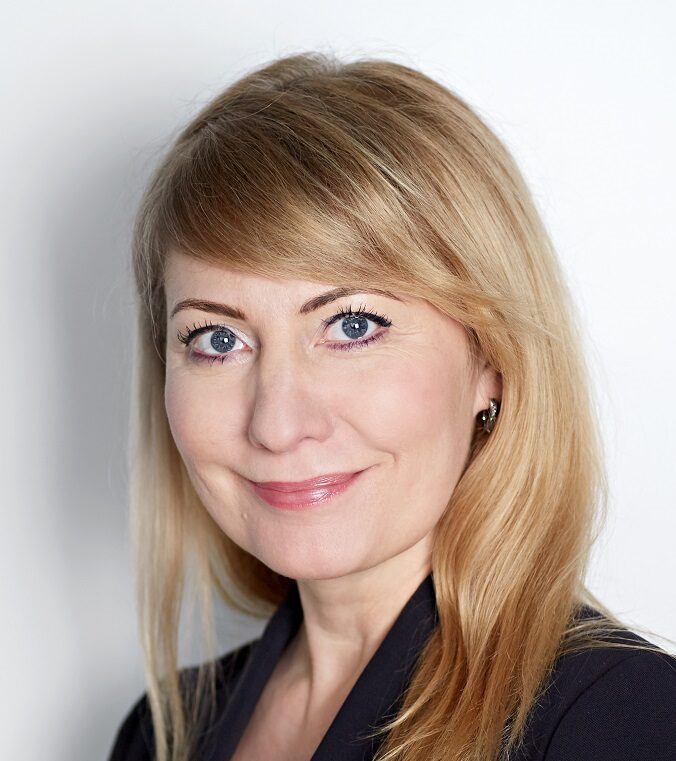 Margit Lahevee has studied piano at the Tallinn Music High School, but graduated from the Faculty of Law of the University of Tartu and has now worked as a sworn attorney for many years. However, her love of music is deep and unwavering, which is why she devotes much of her free time to singing in the chamber choir Collegium Musicale. For several years, Margit was also singer at the chamber choir Voces Tallinn and responsible for the marketing of the choir, including the organization of concerts. In addition, she is a member of the board of the Association of Estonian Chamber Choirs.

Margit has a young daughter studying cello, who will hopefully continue to have the same passion and love for music. Margit believes that on the long journey towards becoming a musician the KRATT Festival is an invaluable companion. 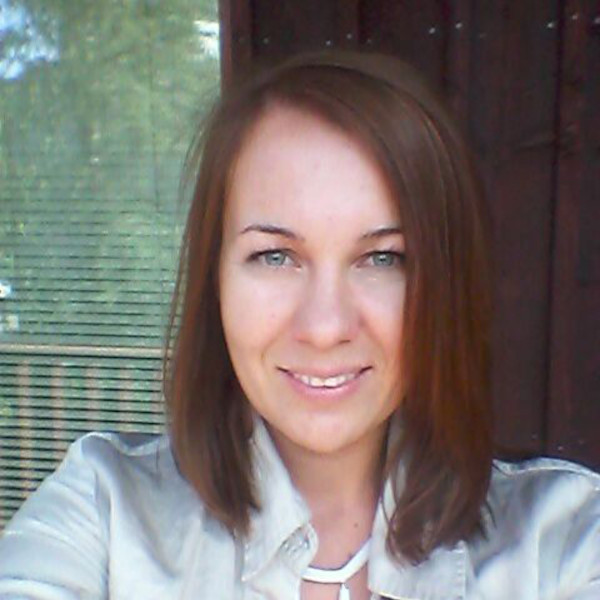 Leelo has worked in the arts industry for 18 years managing artists careers, running different festivals and international projects. Leelo is known for building strong partnerships, her enthusiasm towards the arts and her passion for chamber music, opera and rock alike. 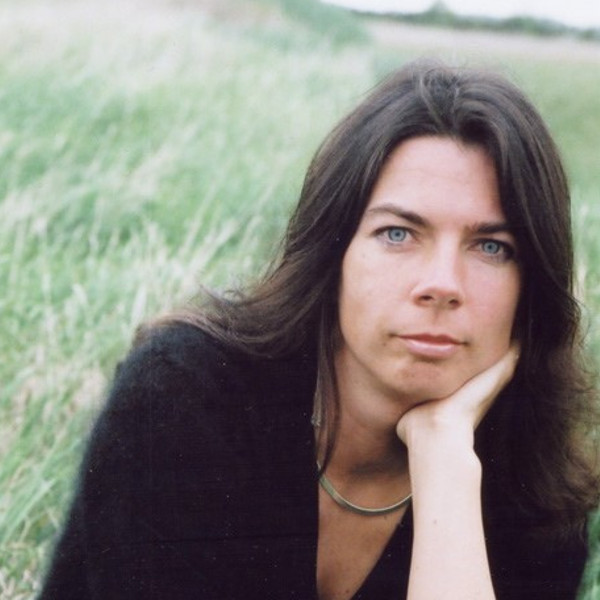 Pianist Jana Peäske is a valued chamber musician, piano accompanist and teacher. Her impressive repertoire consists of both classical and contemporary music.

In 1985, Jana Peäske graduated from Tallinn Music High School as a pianist with Enn Seep and Bruno Lukk (from 1980). She continued studying piano in 1985-1990 at Tallinn Conservatory with Bruno Lukk and since 1989 with Ivo Sillamaa. 1991-1993 she studied organ in the class of Hugo Lepnurm. She earned Master’s in Music degree in 2000 at the Estonian Academy of Music (with Marje Lohuaru).

In 1995-1999, Jana Peäske studied chamber music at the University of Music Karlsruhe (Hochschule für Musik Karlsruhe) with Michael Uhde, where she received Master’s degree in 1997 and finished her PhD studies in 1999.

Since 1988, she has been working at Tallinn Music High School and since 1990, at the Estonian Academy of Music and Theatre as a teacher and a piano accompanist. 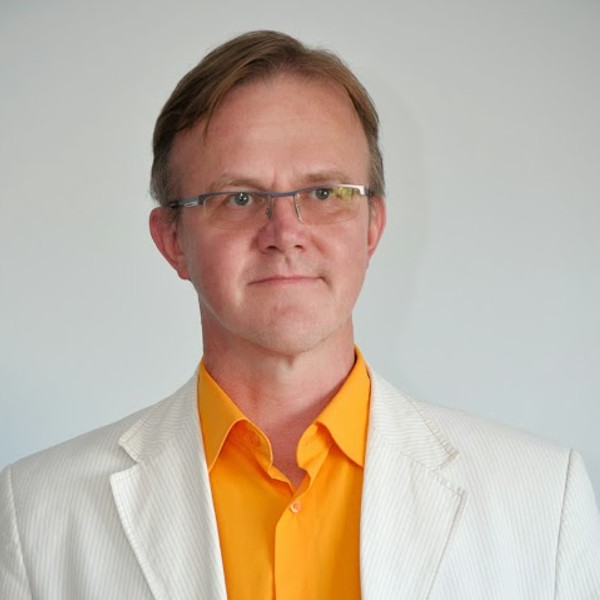 Andres Siitan is a long time concert organiser and music manager on the Estonian music scene. 1999-2010 he was the Managing Director of the Estonian National Symphony Orchestra and before that the concertmaster of oboe section. At the moment he is managing the Estonian Festival Orchestra and organizing their tours abroad. He also plays recorder in the early music studio Cantores Vagantes.

Andres Siitan has studied in Vilar Institute for Arts Management in Washington, he also studied business management in University of Tartu and before that he studied oboe in Tallinn Conservatoire. He has performed as a soloist with Estonian National Symphony Orchestra and been a long-time participant in the work of NYYD Ensemble. He has also played in many orchestras and chamber ensembles.

His daughter studies violin, and his son studies cello. 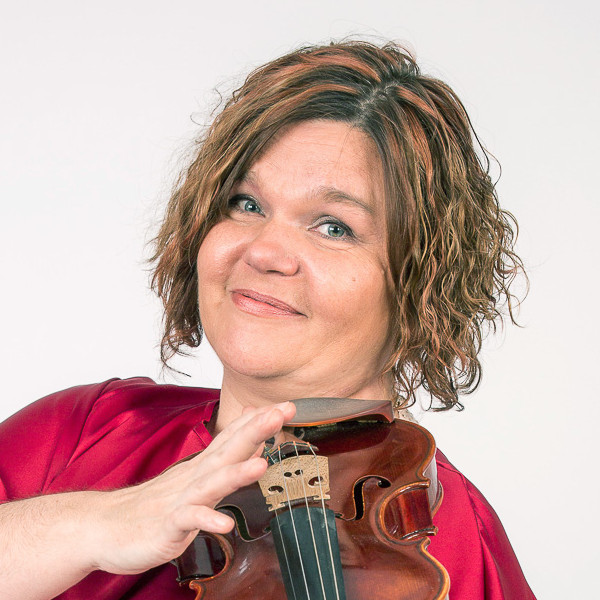 Kristel was born in Tallinn, but has been living in Tartu since 1998.
After graduating from the violin class of Tiiu Peäske at the Tallinn Music High School, she immediately started working at the same school and continued her studies at the Tallinn Conservatory with Prof. Jüri Gerretz. For many years, Kristel divided herself between various orchestras (TKO, PLO and Vanemuine Theatre Orchestra) and her work as a teacher (TMKK and Heino Eller Music School), but since 2013 she has been fully dedicated to teaching at the Heino Eller Music School.
In addition to teaching, Kristel also likes organizing events. For example, she has started a competition for string players in Livonian music schools and a summer school for pianists and violinists in Livonia. Thanks to this, she knows young musicians from almost all of South Estonia and works closely with their teachers.
If Kristel were not a violin teacher, she would be a gardener. But this teaching profession is also a bit reminiscent of gardening, although it takes more time to gain fruits. 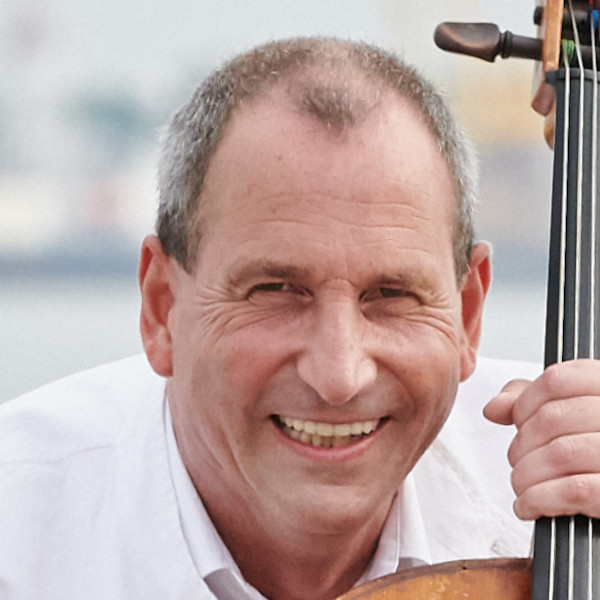 Pärt Tarvas was born in Tallinn, graduated from the Tallinn Georg Ots Music School and the Tallinn Conservatory. He has studied under the guidance of the Amadeus Quartet (London), Frans Helmerson, Manuel Fischer-Dieskau, Daniil Šafran and Natalja Gutman. From 1992 he worked at ERSO, from 1995 to 2017 as a concertmaster of the cello group.
Pärt Tarvas has performed as a soloist with ERSO, Pärnu City Orchestra and Vanemuine Symphony Orchestra and played in the Tallinn Chamber Orchestra. He has been active as a chamber musician, playing in the Jazz Quartet Night Musicians, participating in the Borodini String Quartet and working in various chamber ensembles and projects. Since 2004 he is the director of the cello quartet C-Jam and since 2012 the artistic director of the children’s cello festival “C-Jam cellofest” in Türi.
Pärt is currently the director of the music school of Viru-Nigula municipality.